On the plateau of the Aubrac, as in all the mountainous regions, the shepherds used domestics animals for farm work as well as pantry because they provided milk, cheese and meat. However, milk was very seasonal because milking and calf suckling was possible only when there was plenty of grass. In order to store the milk, the shepherds created the Laguiole cheese.

From the beginning of the XXth century, the fabrication and number of “burons” decreased. At the end of the 50’s there are only 55 “burons” instead of 300 and they produced 25 tons of Laguiole cheese instead of 700 tons at the beginning of the century. In order to relaunch the production of the Laguiole cheese, young farmers created in 1960 a cooperative called “The young mountain cooperative”. It helps making small farmers structures profitable. The cooperative helps them investing on new installations, modernize their equipment and the reunions of new livestock. Nowadays, the cooperation is collecting nearly all the milk of the region and is the first producer of Laguiole cheese. From the beginning the ambition was to create activity in the region while staying close to the tradition. In 1961, the Laguiole cheese obtains a egional label (“Appelation d’Origine Contrôlée” – AOC) that protects the product and the consumer. With this distinction, the Aubrac region was saved and started again to grow.

The Laguiole cheese is a pressed paste cheese, uncooked, produced only with whole milk from Aubrac cows or French Simmental cows. The milk is produced in Aubrac, a high plateau located between 800 and 1400 meters above the sea level.
The Laguiole cheese is a big cylinder weighting between 20 and 50 kg. It is affined at least 4 months in a cave. The rind is thick, white at the beginning and becomes amber-brown during the maturing. The paste color is between white and yellow. The consistence can be described as smooth and firm but also as creamy and fondant.
Nowadays, the cooperative is producing about 700 tons of cheese per year.

Ironwood is a wood from Arizona (USA), rather dark, this wood can offer golden highlights with veins well marked. One of the specificities of ironwood is its weight, it is surely one of the heaviest and densest woods we know, as proof, this wood does not float. Generally century old, this wood can only be worked after a long period of drying. It is undoubtedly a noble and precious material.

You will find on our website a huge range of Laguiole knives with an ironwood handle, the natural reflections of this material associated with our polishing technique gives to a Laguiole knife an exceptional rendering. 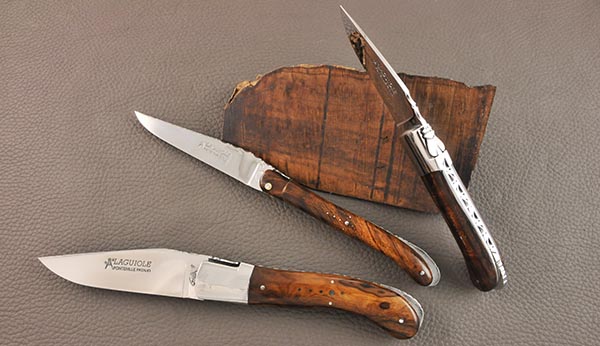 A knife as a Christmas gift

The month of November has just arrived, Halloween is already behind us, and we will slowly switch to the magic of Christmas, and it is already time to think about the orders of gifts to avoid panic and rush of the last days.

Have you thought of offering a knife to one of your loved ones?  The perfect companion who will accompany him during all his outings in the restaurant or in the mountain. The object that will follow for many years and that can also be passed from father to son. A high-end handmade knife, if used with care, is a gift that can be kept for a lifetime and more. A knife is a useful and practical Christmas gift that will always please.

At Fontenille Pataud company, we offer many models of folding knives, for example the Laguiole Nature knife, this Laguiole knife has a safety system by blocking blade. On our online website, you can customize this laguiole as you please: steel blade, steel bolster and engraving on the spring. That said, if you want to offer a unique and personalized gift that will touch your loved ones, order your knife on our online website.

At the workshop, we are ready to make for you the perfect knife that will be deposited at the foot of your Christmas tree on December 25th. 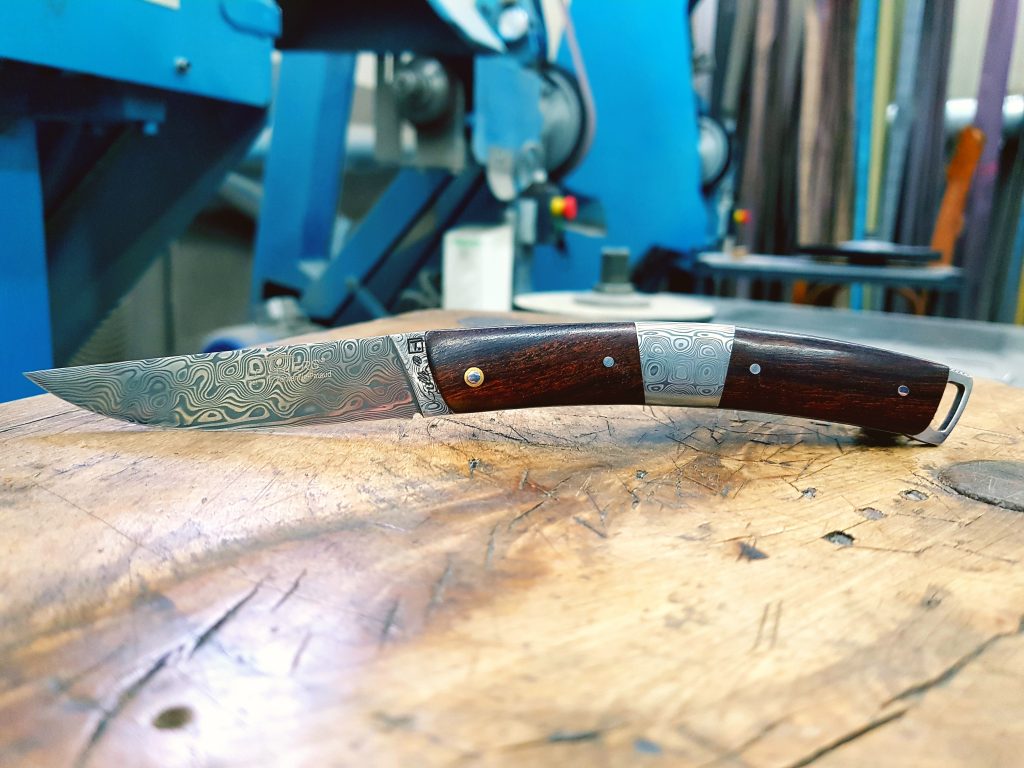 All our team is proud to present our new product : the Laguiole Magnum corkscrew. Ergonomic handle that fits comfortably in the palm and provides an improved grip when opening your wine, two steps leverage made from one piece of metal (Patented), thin and tapered corkscrew “worm” opens easily thnaks to the groove in the handle: Laguiole Magnum is a truly exceptional corkscrew, skillfully crafted by French knife maker in the artisan tradition. 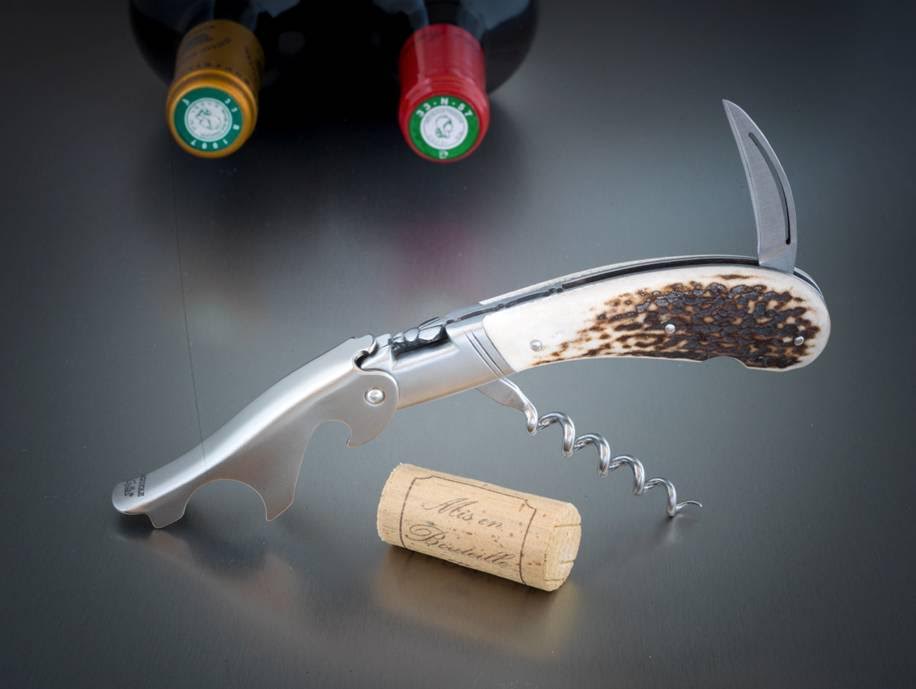