With a smooth mechanism, the Laguiole Pocket knife provides a perfect safe use thanks to the lock-back system. Handmade in France, the Laguiole pocket knife will become your everyday carry. 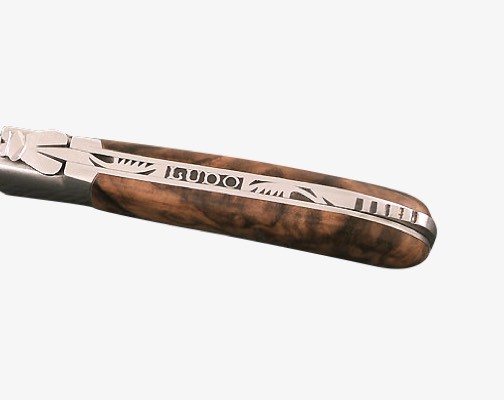 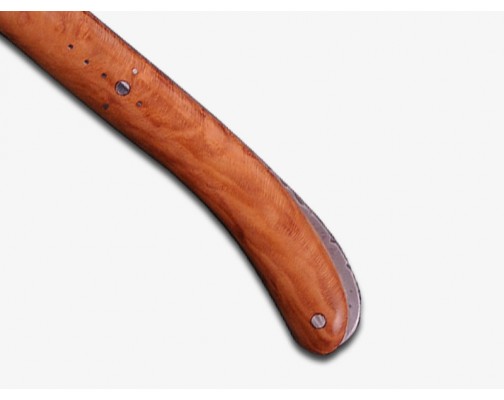 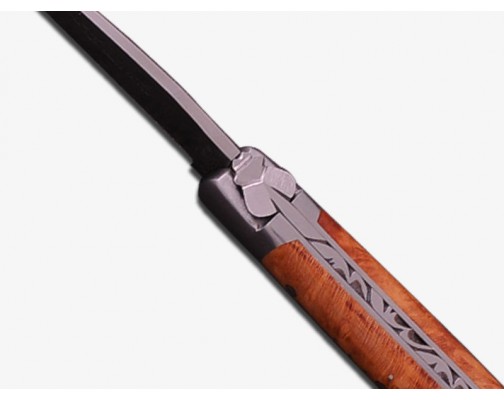 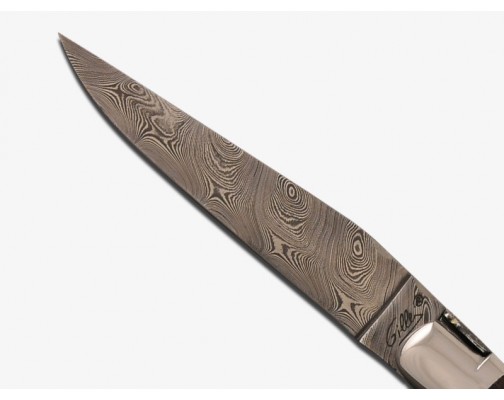 The Damascus steel we’re using is from Damasteel® and the patterns will last the life of the knife.

Before the laguiole knife was the capuchadou knife, this basic knife had a fixed blade, a long drawn point and was made of thick steel. This old laguiole knife was a real tool for this people who used it in daily work: cook the meal, field work or animals care...

At this time, this first laguiole knife wasn't yet a folding knife and was handmade with rustic material.

In France, during several century, each region had his own knife, a big part of it disappeared although the laguiole knife which is become the most famous french knife in the world.

Is the "Nature" too big ? Or, the "XS" too small ? Then "Le Pocket" is perfect ! Just the right size for everyday in every way

Technical tips : The traditional "Bee" is produced during the spring forging process. The "Bee" spring lock-back system is made of 2.50mm Z20c13 stainless steel. A solid hardenned bladestop is provided: That helps maintain the edge of the blade.