The « Essential » Laguiole knives range is made into our workshop and you may take advantage of their excellent Quality / Price ratio. Those 2 solid stainless bolsters knives are perfect as EDC (everyday carry): 12C27 stainless blade, traditional shepherd’s cross ,and a forged “bee” spring (no welding) including a blade stop. 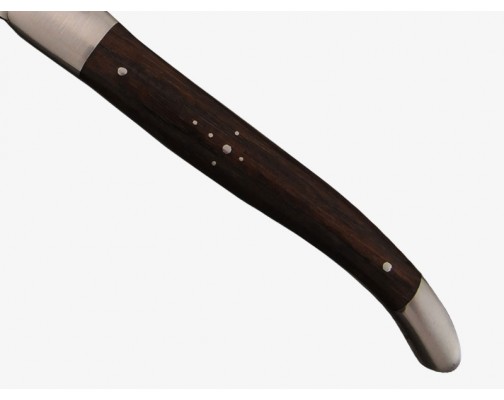 Legend reports the shepherds of the Central Massif used their knife in the ground to pray, this cross remains a characteristic sign of the Laguiole knife. 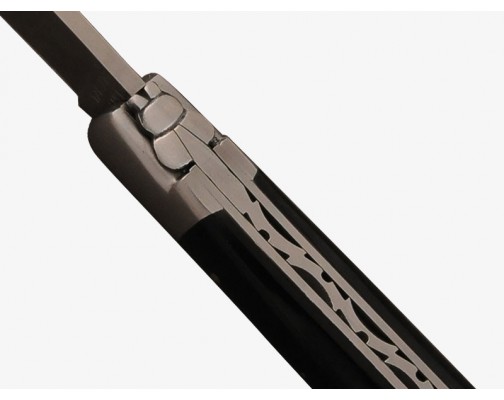 The traditional bee is solid and forged into the spring. The spring and bee are then hand-chased with a file : This denotes artisan quality, unlike inexpensive mass market products that have welded springs and are machine decorated. 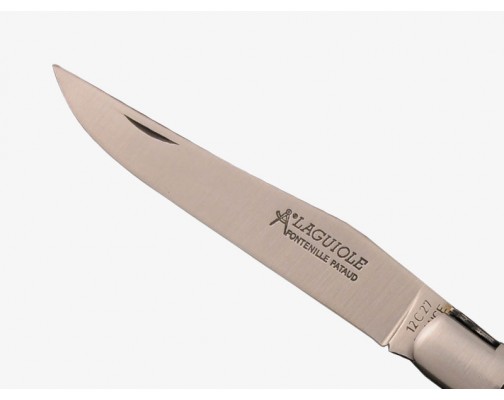 The beauty of your blade is guarenteed for lifetime.

Before the laguiole knife was the capuchadou knife, this basic knife had a fixed blade, a long drawn point and was made of thick steel. This old laguiole knife was a real tool for this people who used it in daily work: cook the meal, field work or animals care...

At this time, this first laguiole knife wasn't yet a folding knife and was handmade with rustic material.

In France, during several century, each region had his own knife, a big part of it disappeared although the laguiole knife which is become the most famous french knife in the world.

All the « Essential » Laguiole knives are made into our workshop.  Despite they aren’t branded Gilles® , you may take advantage of their excellent Quality / Price ratio. Those 2 solid stainless bolsters knives are perfect as EDC (everyday carry) : 12C27 stainless blade, traditional shepherd’s cross , and a forged “bee” spring (no welding) including a blade stop.