The island of Beauty is a land of knives since antiquity and its cutlery has become a real tradition.
The traditional fixed knife is first of all a dagger "à la génoise", heritage of the partly Italian history of Corsica.
Like many rural regions, the knife was above all a tool used by the peasants for daily work, or in an offensive/defensive purpose. Many models of Corsican knives have become famous over time, but the list of our models is far from being exhaustive because the island of beauty is full of small utility knives! They are easily recognizable because they often bear the name of their geographical origin, in Corsican language of course.

Since then, they continue their history with new models that combine tradition and modernity. And today we can say that there is not "one" but "many" Corsican knives! 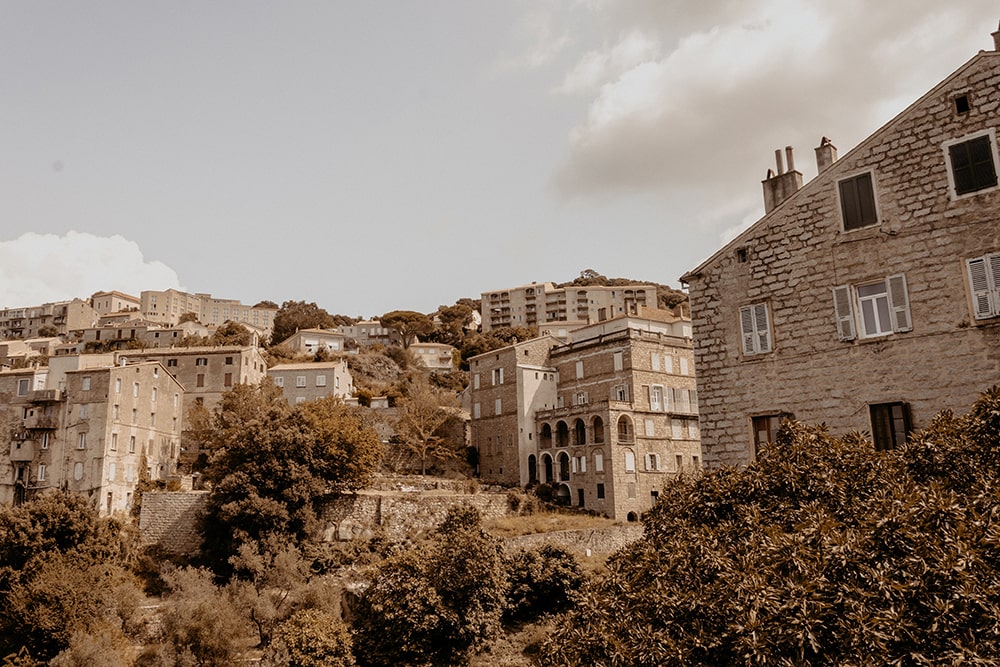 This round-shaped knife was created in collaboration with the Zuria family (Bonifacio) and Robert Beillonnet (M.O.F 1997 and 2000), and put into production in 2019.
Accustomed to the system of blade blocking by rear pump, the Antò is the first knife to palanquille of the house Fontenille Pataud. The blade is perfectly blocked in the open position. Like all our models with blade lock, the Antò also has a very smooth opening and closing mechanism.

This knife is so iconic that it needs no introduction. Its sulphurous history is as well known as its line.

But the Vendetta Corsa is a myth!

Legend has it that at a time when firearms were not commonplace, this knife was used in the fields to slit the throats of animals as well as to save, often in a bloodbath, the honor of a family ("Vendetta" in the Corsican language, means revenge). And it was not uncommon to see the knives decorated with formulas as murderous as their blades. This detail also contributed to the fame of the object.
The Vendetta knife is, in a way, well named! Contrary to other more "traditional" knives (such as the Pialincu or the Rondinara), the Vendettas are not inspired by and do not take their name from the knives of peasants in difficult lands, nor from the fishermen in the coastal ports of the island of Beauty.

Because the truth is a little less glamorous. The Corsican vendetta is what we call in the jargon, a neo-regional knife.
The Vendetta is a tourist knife, an ugly word, we grant you. And unfortunately, like many famous models, there are (too) many blades imported from China or Pakistan on the markets, even in Corsica. For the 20th century buyer, a vendetta bought in Corsica was actually... Thiernoise! The creation of this knife is linked to the publication of Colomba, a very successful novel by Prosper Mérimée in 1840. The work will have the merit of launching the fashion of the novels-serials (known as "of station"). On the menu, love affairs, bloody skirmishes and... revenge! But the reality in Corsica is much less romantic, the shepherds used much more basic knives made by the local cutlers, often made of ram's horn, an easily available material.

Concerning its shape, the vendetta is before a closing knife, with a Piedmontese style handle, the blade is tapered and the bolster is recognizable by the large indentation in its lower part
From a technical point of view, the "Vendetta" has been sold in Corsica for decades and its quality has too often been taken for granted. We have recreated, improved and co-signed this model with Antoine and Camille Zuria (Cutlers in Bonifacio - Corsica). The knife we offer is now handcrafted in the rules of the art.

The "Sperone" takes its name from the rocky outcrop located at the southern end of the limestone cliffs of Bonifacio (a natural curiosity highlighted in the landscape of the golf course of the same name). It is said to have protected the Roman port of Piantarella, 2000 years ago, but it is still today a landmark for Bonifacian sailors who venture around the Lavezzi Islands (an archipelago of 23 islands southeast of Bonifacio).
Like all our Corsican knife models, it is the result of our close collaboration with Antoine Zuria and Robert Beillonnet (M.O.F 1997 and 2000). While maintaining the lines and quality of a Vendetta, we have added a precision mechanism to facilitate the opening and closing of the knife.

The "Pialincu" (Peasant in Bonifacian dialect) is also the result of our close collaboration with Antoine Zuria and Robert Beillonnet (M.O.F 1997 and 2000). This small blade which does not lack character is a beautiful homage to the ancestral Bonifacian peasant who, before sunrise, left the citadel at the pace of his donkey to go to the "Piale", the nearby Bonifacian countryside where each family had its piece of land to cultivate surrounded by dry stone walls. The "pialincu" spent his whole day working his land, exploiting his best part, in order to provide for his family, with his faithful knife in his pocket.
Our "Pialincu", with its small size of 10.5 cm is the little brother of the Sperone (which measures 12 cm). Like the latter, it is equipped with a precision mechanism facilitating its opening and closing.

This knife is curved in the image of the famous sea inlet of Rondinara located near Bonifacio. It is also a tribute to the small hammer called "rivoir" used by fishermen who used to catch fish in winter, at the time of the year when they are closest to the coast.
This sturdy knife features a rear pump blade lock for smooth opening and true safety. This is probably our largest knife model, with a thick blade and handle that will be very suitable for outdoor use.

"U Cumpà" means "The companion" in Bonifacian. It is a light knife that combines high tech and traditional methods. Made in collaboration with Camille and Antoine Zuria, cutlers in Bonifacio (Corsica).
This knife is very light and benefits from the one-handed opening system, for an easier, safer and more efficient use.
These knives are full of history, even in their shapes and materials, with handles made of olive tree, heather, juniper or boxwood... typical species of the island of beauty.